Win a North Kildare House – One Year On

This month, one year ago, a ticket corresponding to the names of James & Aoife was pulled out the barrel in front of a packed room at the Carbury GAA clubhouse in North County Kildare. This young couple, the winners of the house worth €250,000, would remain oblivious to this life-changing news for two more days as they made their way home from a music festival – phones on silent!

This momentous event was the culmination of months hard work to set up and sell exactly 6000 €100 tickets for the chance to win a North Kildare House and to raise €300,000 for three local GAA clubs.

The North Kildare House in question was a four-bedroom semi-detached home in Cluain Dara Estate in Derrinturn, a village in North West County Kildare. The developer, Alder Homes (known at the time as Landport Estates), proposed the idea of using one of their new builds as the prize in a joint fundraising venture for three local GAA clubs. Alder Homes is a multi-generational home building business, run by the Finn Family, who have lived in Kildare all their lives. They have a personal connection to all three clubs and appreciate the laborious task of fundraising much-needed funds on an annual basis. Despite the excitement of being able to fundraise such a large amount of money, there was some trepidation at the enormity of the organisation and commitment required to pull it off.

In the end, however, it was a massive success. All tickets sold within three months and €300,000 in total funds were raised for three local GAA clubs. And of course, a life-changing result for the young couple who won the house. 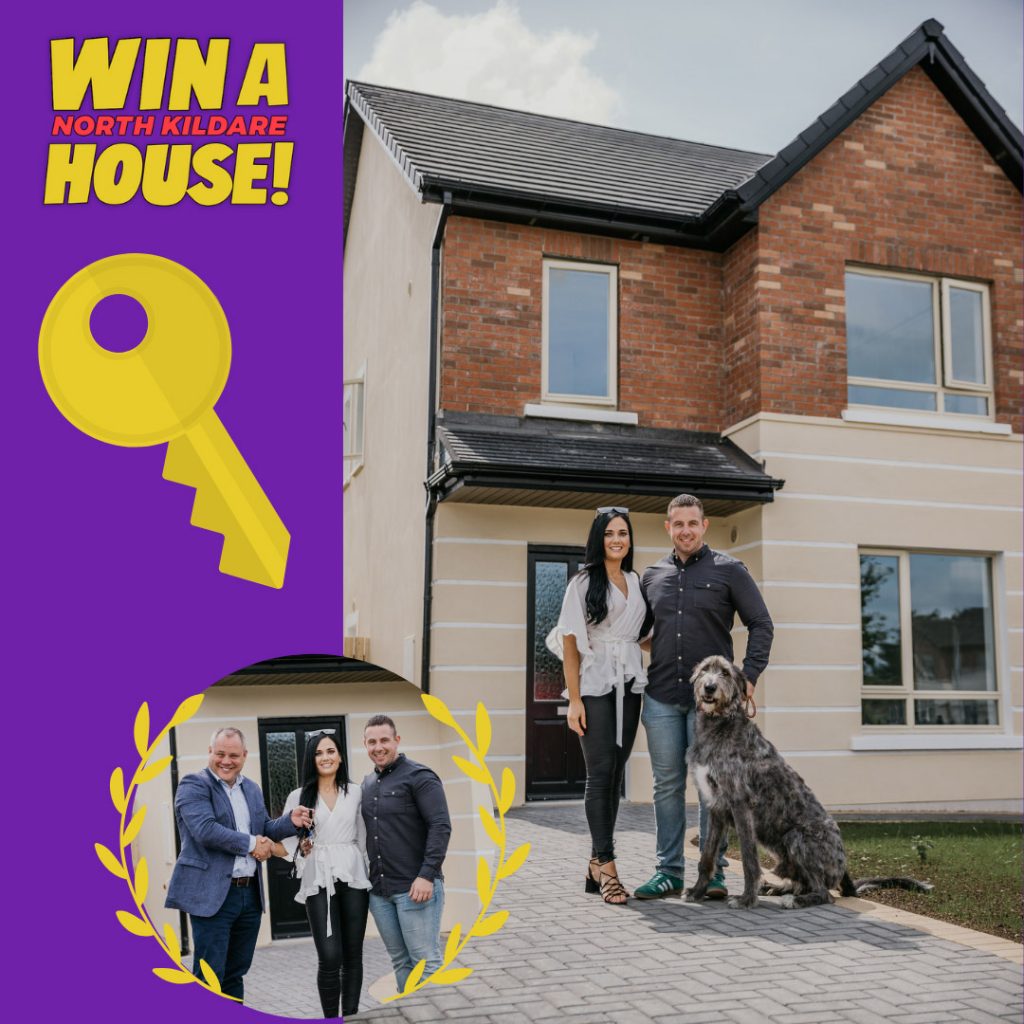 No, to the cash, YES to living in a home, mortgage-free!

Despite the lure of a €250,000 cash prize alternative, the winners, James and Aoife, opted to move into the house and make Cluain Dara, Derrinturn their forever home. We caught up with them this week to see how they were getting on in their new home.

“We love living here. It’s just so close to everything,” is the first thing Aoife says. Aoife is a special-education teacher at a school in Celbridge, so getting to work is just a 30-minute drive via the M4. Partner James works for the army and travels all over Ireland:

"Derrinturn is a lot more centrally located than where we were living previously - getting to Galway or Dublin is much easier."

The couple is delighted with their new home. Aoife says:

"People who visit comment on just how spacious it is. It's deceptive from the outside; you wouldn't imagine it was so big on the inside."

James and Aoife have already settled into life around Derrinturn. With two dogs to exercise, they discovered the Royal Canal Greenway was just around the corner from the estate. “We’ll often walk to Edenderry along the canal, get a cup of coffee and head back the same way”. Edenderry town is about 10 minutes drive from Derrinturn. It has the bigger shops like Super Valu, Lidl and Aldi, but James mentions that “Bergin’s (in Derrinturn) is practically on our doorstep and has all the essentials.”

"The local people have been so friendly and welcoming. We were invited to Carbury GAA in January to celebrate the win, and we were presented with flowers and a Carbury GAA kit shirt for James."

The three clubs involved in the competition were Carbury GAA, located literally around the corner from Cluain Dara estate, Cappagh GAA and Kilcock GAA. A joint committee was set up in late 2018 to manage the running of the competition. Being able to raise a large sum of money in one go is highly advantageous clubs – but they had their work cut out for them. It was no easy task to manage the competition in joint partnership with two other clubs. And no one had initially predicted the logistical challenges of ensuring the draw itself, held in front of a live audience and over the Facebook Live, passed the steely-eyed scrutiny of the independent adjudicator. We spoke to each of the three clubs about how they used the €100,000 over the last 12 months.

"For us, the impact of the Win a North Kildare House fundraising effort was massive. We've been working on major re-developments over the last three years, including a new sand-based pitch, new pitch lights and fabulous walk track around grounds. Along with fencing and drainage, these fabulous additions have cost in the region of €450,000. The €100,000 we raised during the Win a House campaign was the single most significant contribution to the project alongside the usual smaller fundraising efforts and capital grants.

We were delighted to open the Walk Track earlier this year with over 300 people walking the track in conjunction Operation Transformation - just before the start of lock-down!" 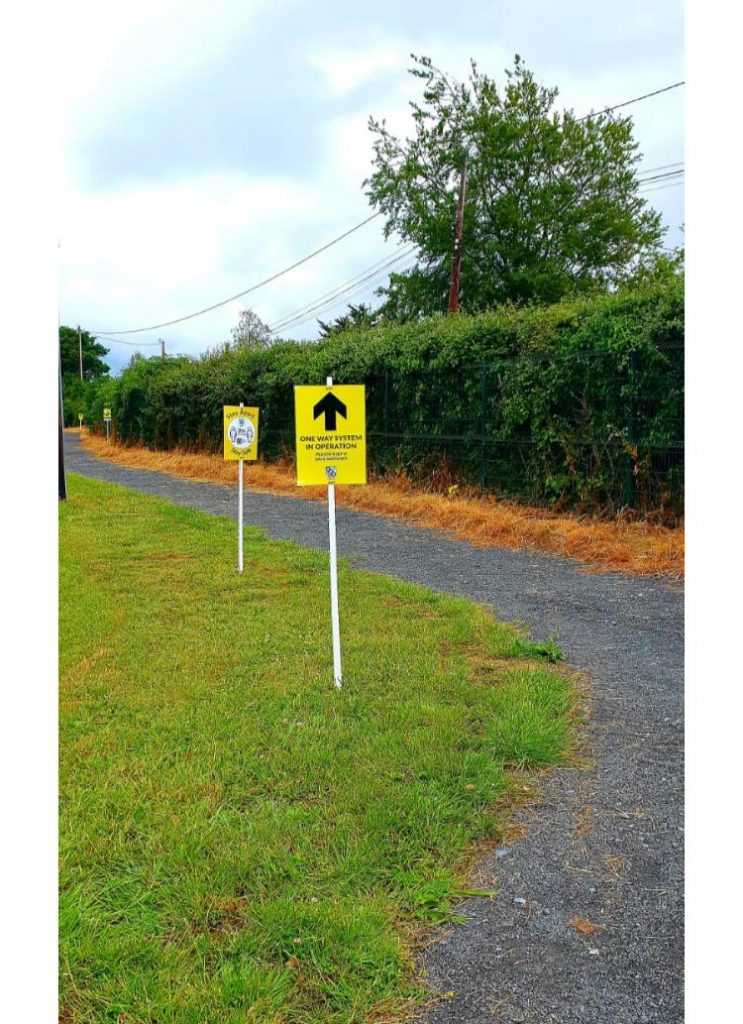 The €100,000 was spent very quickly indeed! We put it toward our new Ball Wall, Training Lights, Gym Equipment, and a portion also went towards loan repayments on our wonderful new clubhouse, completed in 2019. We were delighted to be involved in the Win a North Kildare competition as it gave us the unique opportunity of raising a serious amount of money in a short space of time - allowing us to make significant improvements to club and grounds. 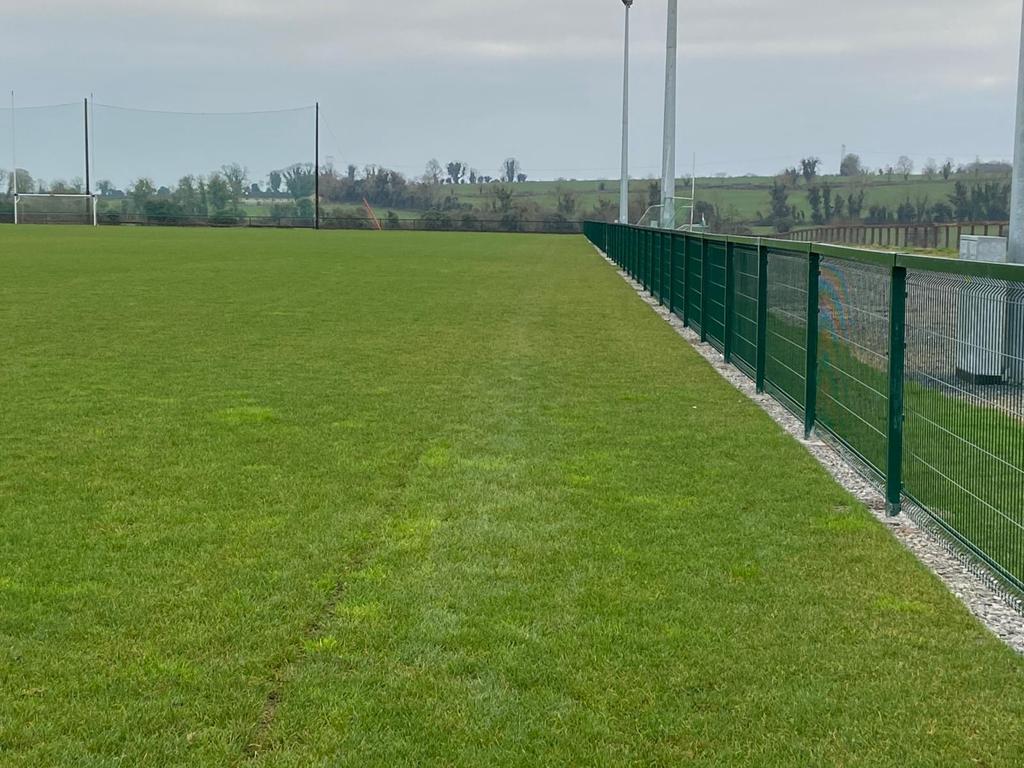 There were lots of nervous moments running a competition such as this. But our timing for this type of Win a House competition was just right, and the collaboration between the clubs meant that we pulled it off!

We want to thank everyone who bought tickets and to all the prize winners on the night, especially the lucky people who won the house. This draw wouldn't have been possible without the generosity and support of Alder Homes (formerly called Landport Estates) who put up the beautiful house in Cluain Dara and supported us throughout the draw. 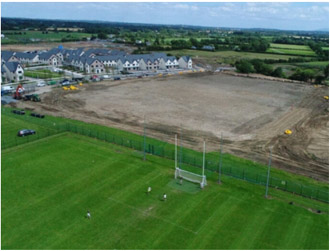 The €100,000 we received has allowed us to complete Pitch 2 which is now seeded and drained and will be ready for action June 2021. Without this money, we would not have been able to proceed so quickly. We're using the remainder to develop Pitch 3, which we have started and hope to complete October of this year. These developments are part of our five year plan where we hope to have three full-size adult floodlit pitches, an astro pitch plus a community led walkway path. The cost in total will be in the region of one million Euro.

It goes without saying, without Alder Homes support and the support of our local community, this project would not be where it is today.

More from the Blog 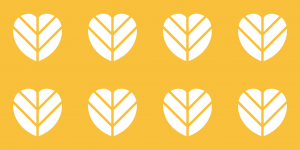 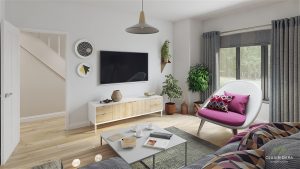 Get updates on our new housing developments.